When Tony and I recently went out to Acton we also stopped by the neighboring town of Littleton. My parents lived in Littleton before I was born, but I had ever been there before this. It has some very beautiful rural areas, including Sarah Doublet Forest, the site of one of the 17th century praying Indian villages.

In the 1640s Reverend John Eliot of Roxbury, Massachusetts began trying to convert local Indians to Christianity. He had some success, and word spread to England. Donors there sent Eliot a significant amount of money to support his missionary efforts. 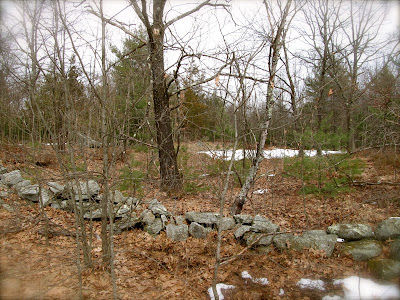 Eliot used the money to found fourteen villages in Massachusetts for his so-called "praying Indians", including Natick, Ponkapoag (now Canton), and Nashoba (now Littleton). Although the villages had native names, Eliot expected their inhabitants to adopt not just Christianity but also an English way of life. Apparently hunting, gardening and a seasonally nomadic life were just too pagan. Instead, the Indians lived in wooden houses, raised livestock, and farmed like their Puritan neighbors. Men and women cut their hair in the English fashion and discarded their traditional dress for wool clothes.

It's estimated that up to 20% of Massachusetts Indians eventually lived in these villages, but since no villages remain you can correctly surmise things didn't turn out well. In 1675 the other 80% of the native population rose up to oust the English from Massachusetts in the conflict called King Philip's war. Although the praying Indian's pledged their support to the colonists they were nonetheless rounded up and confined to Deer Island and Long Island in Boston Harbor. Hundreds starved and froze to death during the winter of 1675 - 1676.

One of those who survived was Sarah Doublet of Nashoba. Sarah and a few others had made their way back to Nashoba, but eventually she became the last survivor of that praying Indian village. When she died in 1736 she willed whatever land had not already been taken by her English neighbors to Ephraim and Elnathan Jones, two local men who had cared for her when she grew infirm. The land eventually came into the hands of two women named Edith Jenkins and Fanny Knapp, who willed the land to Littleton in the 1970s. 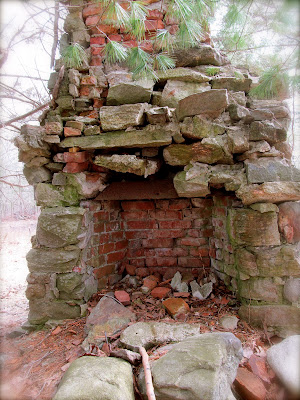 The forest encompasses 500 acres, and includes old stone walls, the remains of a farmhouse, and lots of interesting rocks. I don't believe there is anything left of the Indian village. Despite it's tragic history the landscape is beautiful and peaceful.

Over at his blog, the author John Hanson Mitchell describes Sarah Doublet before her conversion:

She fixed pendants of swan's down or shells in her pierced ears, placed a bird wing headdress in her hair, and strung herself with shell necklaces and ropes of wampum, and perhaps --- all this is conjecture --- an amulet at her breast, a winged thunderbird, or the carved image of A'pcinic, the horned water monster who lived in the depths of the pond below her village.


A'pcinic the lake monster would have lived in Lake Nagog, which is adjacent to Sarah Doublet forest. Perhaps he still does. A'pcinic, who had a beak and horns, supposedly dragged his tentacled arms along the shoreline when hungry to find his next meal. Happily, I'm unable to confirm his existence through personal experience. 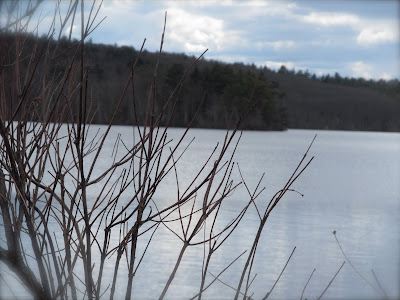 You can find more information about Sarah Doublet and Nashoba in John Hanson Mitchell's book Trespassing and at his blog. Daniel Boudillion also has lots of interesting facts about Nashoba and Littleton over at his excellent website.