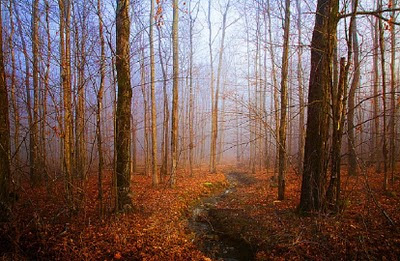 They removed the hunter's body for a proper burial, and then they lit the cabin on fire. They could hear a voice inside, screaming for help, but the priest told them to ignore it. The cabin eventually collapsed in flames. As it did a glowing ball shot into the sky where it disappeared, never to be seen again.