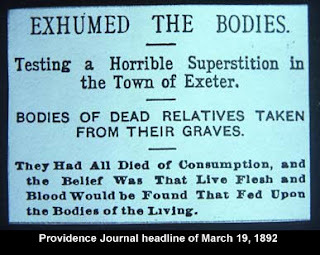 The New England vampire tradition ended in the 19th century, as tuberculosis became less of a problem. Michael Bell lists at least 20 cases of vampirism in his book, from Rhode Island to Maine. None of them happened at Boston Latin.

What creeps me out most about these TB vampires was some had 'evidence' of Vampirism by the scratch marks on the inside of the coffins, which really meant these poor souls were buried alive.