York Maine's Haunted Gaol and the Ghost of Patience Boston

Last weekend while Tony and I were driving home from Lewiston we stopped in York, Maine. York is a really old town steeped in a lot of history, so naturally there are some strange legends there.

York was founded in 1623 by the explorer Fernando Gorges, was later absorbed into Puritan Massachusetts, and was at one time decimated by Indian raids. And now it's a tourist resort! When I was a kid we went to the beach and the zoo in York, but I don't remember visiting York's Old Gaol. I think would remember if I had been there, because it is pretty spooky. 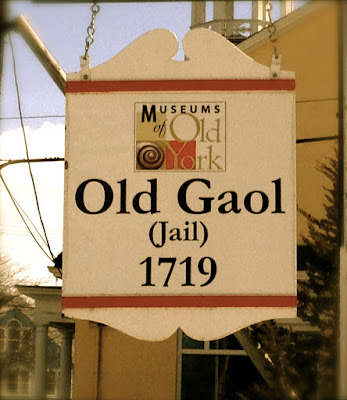 York's Old Gaol was built in 1719 and is the oldest existing prison in America. It's a big red building that looks like it might be a barn, but you won't find any happy cows or cute horses inside. Instead, you'll find five small stone cells, some with walls that are two and half feet thick. The cell windows are covered with iron bars, and to make escape even more difficult the windows were framed with sharpened saw blades. Ouch! Those early colonists were pretty serious about their laws.

The Old Gaol has witnessed 160 years of misery: it held prisoners from 1719 until 1879. Naturally, an old building with such a tragic history has a ghost associated with it. Tour guides sometimes feel strong waves of negative energy, and visitors have reported hearing eerie moans when no one else is around. Some staff are reportedly hesitant to work in the building after dark.

The ghost is thought to be the restless spirit of Patience Boston. When I first started researching this story I thought it would just be a fun legend about a ghost, but Boston's real life was disturbing enough even without adding in the supernatural.

A Native American, Boston was born in 1711 on Monomoy Island off the coast of Cape Cod. When her mother died her father sold her into servitude, but she didn't adapt well to the servant life. Boston drank heavily, let the cows out into the fields to eat the corn, and tried to burn down the house a few times. Clearly she was not a good employee. She also resisted converting to Christianity, which was another strike against her in Puritan New England.

After the terms of her servitude ended she married an African American servant, but their marriage was an unhappy one. Boston continued to drink heavily, fought with her husband, committed adultery and even threatened to kill their unborn baby. She didn't, but ironically, the baby was born deformed and died within two weeks. 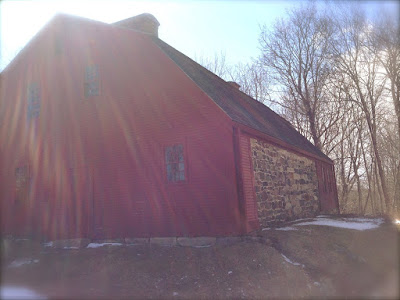 Boston later gave birth to a second child, which died within two months. Remembering her previous threats, her husband accused her of murdering this baby and had her arrested. Boston was a very heavy drinker, and possibly not in her right mind. At first she denied killing the baby, then she confessed, and then she recanted. Because her story was so inconsistent the judges found her innocent of murder.

After the trial she became the servant of a man named Joseph Bailey and went with him to Maine. Now before I get to this story's grisly conclusion let me just say that Patience Boston was obviously a very troubled person. She lived almost three centuries ago so we'll never know exactly why. Psychological flaws? Structural oppression? An abusive childhood? Years of alcoholism? Whatever the cause, she clearly had an obsession with killing children that could only lead to tragedy.

Once Boston was in Maine she continued to drink heavily, and also at one point she told nieghbors that she had given birth and murdered her child. This claim was dismissed as a hoax, since no body could be found and an examination showed that she had not recently given birth to a child.

On July 9, 1734, Boston went out for a walk with her master's grandson. As they strolled by a well she dropped her walking stick down into the water. When the child leaned into the well to help retrieve it she pushed him in. The boy struggled to get out, but Boston pushed him under with a heavy branch until he died. After years of threats and hoaxes she had finally and unequivocally murdered a child. 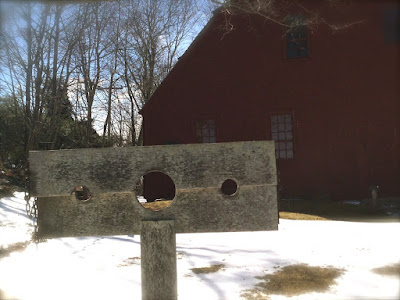 She went to the authorities and confessed, and they imprisoned her in York Gaol for many months.While awaiting trial she finally converted to Christianity.

The court sentenced her to death, but her execution was delayed because she was pregnant for the third time. She gave birth to a healthy baby who was given up to a local family for adoption. Patience Boston was executed on July 24, 1735.

So is there a ghost in York's Old Gaol? I can't say, but an old prison certainly seems like a good place to find a ghost, and Boston's tragic life seems like the kind that would result in a restless and unhappy spirit.

My sources for this week's post were Joseph Citro's Weird New England, Thomas D'Agostino's A Guide to Haunted New England, and this fascinating site about early American crime.