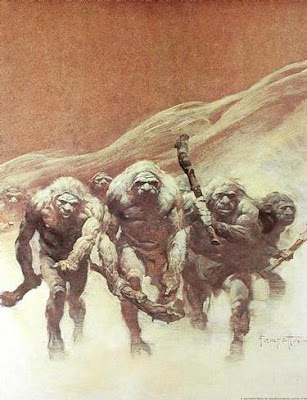 To me little cavemen sound suspiciously like faeries or trolls, and those creatures are notoriously hard to pin down. Maybe they were just paying a brief visit from the mythic world to remind us they're still lurking around, even if we can't prove they're really there.

Love this story and am so happy that I've found your blog :) Wonderful stuff!

Thanks for the comments. I'm glad you like the blog. Today's post has some fairy aspects to it as well. Enjoy!

PS - Your blog has some really beautiful images!

Kewaunees book IS NOT out of print. Something that happens on Amazon A LOT is people trying to sell books for outrageous prices. I got his Psychic Sasquatch book on Amazon (oct 2018) at a normal price. Just look around the site to find it.