Most of the witchcraft and magic I write about was practiced by people descended from English settlers. After the Indians were decimated by war and disease, the English became the dominant cultural force for many years in this region - hence the name New England.

However, there were also other ethnic groups present from the early years of colonization, among them the Irish (like the witch Goody Glover), and the French (like Philippe d'Anglois, aka Philip English, a merchant accused of sorcery in the Salem trials).

There were also many people of African descent, both slaves and freemen. It's estimated that by 1799 10% of Boston's population was African-American, and nearly 30% of South Kingston, Rhode Island's.

Although in many ways people of African descent assumed the culture of their English neighbors, they did maintain some traditional folkways, including magic. African magic was much more influential in the American south, where it still lives in traditions like hoodoo and rootwork, but there were many noted African American fortune-tellers, wise men and healers in New England. In fact, by the 19th century African-Americans were considered particularly powerful workers of magic and were sought out specifically by their neighbors of European descent.

Tuggie Bannock was one well-known African-American witch who lived in the early 1800s in the Narragansett area of Rhode Island. Like many women accused of being witches, Tuggie was slightly eccentric. She lived alone in the rear ell of an old ruined house, and her dwelling contained no chairs. According to legend she never even sat on a chair even when she visited a neighbor's home, preferring instead to perch on a table or a dresser. 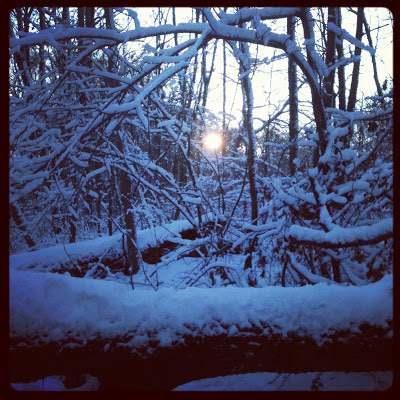 Tuggie was a bondswoman of Rowland Robinson, a large-scale slave owner, and also worked for various neighbor women performing household and agricultural work. She also actively cultivated a reputation as a witch. Alice Morse Earle wrote the following about Tuggie in her 1898 book In Old Narragansett: Romances and Realities,

She conformed her mien and behavior to all that was expected of a witch; and she had been gifted by nature with one feature which, much to her satisfaction, enabled her to exhibit convincing proofs of her pretensions. She had two full rows of double teeth...


The magic Tuggie practiced for her neighbors and herself was strongly influenced by African traditions. For example when she decided one snowy day to put a curse on Sidet Bosum, a tinkerer who accidentally destroyed her teapot, she gathered an assortment of items and boiled them in a pot. Among the ingredients were a piece of the southernwood plant that grew in Bosum's yard, hair from his cow's tail, red flannel, a heart made from bread dough pierced with pins, dirt gathered from a graveyard, and a rabbit's foot.

As William D. Piersen, author of Black Yankees, points out, many of these items are derived from traditional African magic, including graveyard dirt and the rabbit's foot, as is the practice of boiling them. Someone practicing English style magic would have been more likely to create a poppet to curse their neighbor, not boil things in a big pot.

Tuggie's attempt to curse Sidet Bosum didn't work out. Before she started her spell she had turned her petticoats inside out and put a bag of eggshells around her neck to protect herself from evil spirits (another tradition from Africa). However, as she was boiling her spell a large dark object burst through the door of her house, knocking Tuggie face down on the floor and covering her in snow. Tuggie lay there in terror with her eyes shut, convinced that the Devil had come to take her away. She begged him to leave her be, and eventually she heard the creature leave her home. Tuggie took the pot off the stove and went to bed, carrying a Bible and a horseshoe as protection.

Was it really the Devil, or Moonack as Tuggie called it, that had come to take her away? Four local boys had been sledding that day, and later they claimed they had lost control of their sled. It had gone careening down the hill and right through the door of Tuggie's house, knocking her down. The Devil had never visited Tuggie at all.

I'm never a big fan of these Scooby Doo endings, where it turns out the supernatural is all just a big joke, but that's how Alice Morse Earle ends the story. I got the information for this post from Alice Morse Earle's book, and from William D. Piersen's "Black Arts and Black Magic: Yankee Accommodations to African Religion" in Wonders of the Invisible World: 1600 - 1900, which was published by the Dublin Seminar for New England Folklife.

Interesting post. Also relevant: RI was the "blackest" state--e.g., had the highest ratio of African Americans in the State's population--because it bordered on Long Island Sound, and the Sound itself was a major avenue into NYC for ships, especially sugar traders, coming from the Caribbean. Many black deckhands, boatmen, and dock workers had roots in the Caribbean.

Hi Christopher and Scott M. Thanks for the comments. Today's post talks more about New England's connection to the Caribbean.