If you're looking for an intense dose of New England culture, I'd suggest a trip to the Fruitlands Museum in Harvard, Massachusetts. Tony and I went out there a couple weeks ago, and it's really a great place to visit. The museum's multiple buildings are situated on a hill overlooking a valley. I'm sure you'd get a great view of the fall foliage if you visit in October. 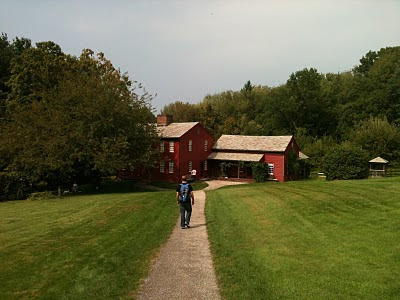 Fruitlands was founded by Clara Endicott Sears, a wealthy Boston spinster, in 1914. It takes its name from a short-lived Utopian community founded in the same location by Bronson Alcott in 1843. The Fruitlands house is still on the museum grounds.

Amos Bronson Alcott (1799 - 1888) was an educator, writer, and member of the New England Transcendentalist movement. An abolitionist, feminist, and vegetarian, I think Alcott would have been a hippie had he lived in the 1960s. 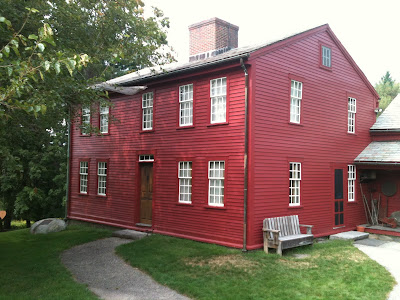 In 1843 he founded the Fruitlands Utopian community with Charles Lane, another Transcendentalist. Their goal: to return to Eden. They and their families committed themselves to a vegetarian diet, and would only eat fruit and "aspirational vegetables", which grew upward towards the sky. (Sorry carrots and potatoes, you're out of luck!) They avoided leather and did not use oxen or horses to till the earth. Charles Lane also suggested that they dissolve all marriages and live as one big communal family. 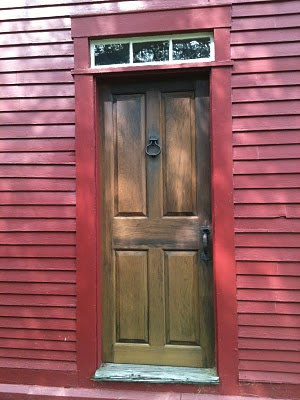 The Fruitlands community only lasted seven months. The land was not good for growing crops, Alcott was not interested in the hard work of farming, and his wife Abby May Alcott threatened to leave if the Utopian experiment continued. Their daughter, Louisa May Alcott, author of Little Women, eventually wrote about the experience in a book called Sowing Transcendental Wild Oats. 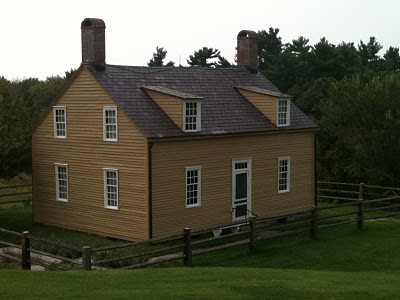 Charles Lane and his sons moved from Fruitlands to a nearby Shaker community. During their heyday, this celibate Christian sect had dozens of communities across the Northeast, including one in Harvard. An office building from a Shaker community is part of the Fruitlands museum. It's filled with quite a few interesting artifacts. Before mass industrialization, the Shakers were well known for the consumer and home products goods they produced.

Fruitlands also includes a small museum devoted to American Indians, which has a nice selection of artifacts from local Algonquian Indians. Among them is a large war-club, which may (or may not) be the same war-club used by the Wampanoag sachem Metacomet, aka King Philip, in King Philip's war in the 17th century. King Philip's war was a major event in New England history. Nearly half of all New England towns were destroyed, and 600 colonists and 3,000 Indians were killed. If the war-club really belonged to King Philip, it's a very significant object. 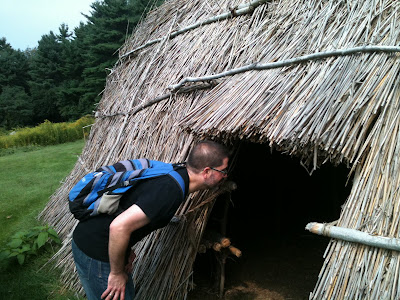 A traditional Algonquian wigwam is located outside the American Indian museum so visitors can experience how local Indians lived before the Puritans arrived. 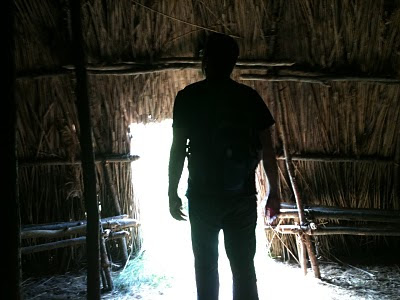 All in all, a great place to visit!